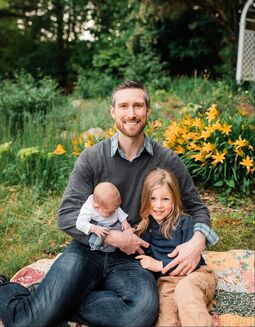 ﻿Dr. Josh has dedicated himself to serving his community with the gift of better health. He loves nothing more than to have a positive impact on the lives of those he cares for.

When not in the office taking care of New Hampshire families, Dr. Josh enjoys doing practically anything outdoors and is an avid sports fan. He has a passion for learning about and discussing current health and liberty related topics.﻿ 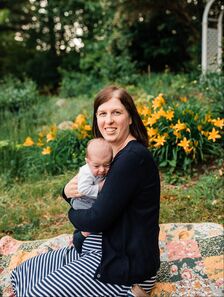 Michelle Kessler, Office Manager
﻿
﻿Michelle works behind the scenes to keep the office running smoothly by handling all the billing and management aspects. Michelle has a background as a chiropractic assistant, working for a chiropractor while Josh was going through chiropractic school. She has worked in the medical field as a nuclear medicine technologist and holds a degree in massage therapy. Michelle enjoys being a mom to Jude and Jonas, who you may sometimes find helping around the office.  In addition to spending time with her family, she loves spending time in nature by geocaching and going for walks, working out, and cooking with her husband. She has a passion for living a natural lifestyle, including all aspects of how to raise a family as naturally as possible.﻿

﻿Dr. Josh discovered chiropractic after working in the automotive industry for several years as an engineer. Like many people, he initially sought out care for a stiff neck and sciatic nerve pain that nothing would seem to help. Here's his story of how chiropractic changed his life.

"I don't know if you've been in pain before, but let me assure you that it's no picnic. My story began after having relentless pain in my legs and neck. I had been in pain for months with what appeared to be no hope of getting better. It hurt to sleep, it hurt to get out of bed or into the car, and even to sneeze! I was never much of a fan of going to the doctor but my wife prodded me to see a specific doctor she had heard about. She said he would be different. I was unsure at first but I have got to say that she sure was right. This doctor asked me some questions, checked the condition of my spine and nerves, and then adjusted me, which to my surprise actually felt good. It was amazing how fast I started to feel better. I had no idea this man, who was in fact a chiropractor, could help so much!

While the aches and pains began to subside relatively quick, I noticed things improving in my life that I hadn't previously realized were even a problem. I felt like I was sleeping better at night, and having more energy during the day. I seemed to be thinking clearer and making better choices both at work and at home. And before chiropractic, I actually thought being tired and having "regular" headaches were normal.

Though these changes seemed subtle, they were having a great impact on my life. Was it really just coincidence that all these improvements started soon after seeing this chiropractor? I was so amazed that these changes all occurred without drugs or any weird procedures of any kind. Just gentle adjustments to my spine at the right time and place. I quickly realized that there was so much more to chiropractic than just a treatment for life's aches and pains. And after seeing so many other people have amazing results, I decided to drop my career as an engineer so I could become a chiropractor myself and help others just as I was!"

A week after starting care, Josh convinced Michelle to have her spine checked also. After seeing Josh's life improve the way it had so quickly, there was little convincing required.

"Together our worlds were transformed as our chiropractor helped us to realize how simple health really is, though it does take work to attain. We took our well being into our own hands and began making conscious choices regarding how we lived our lives."

After two years of being under regular chiropractic care to keep their spines in line and nerves clear, they made the journey from their home in Michigan to Marietta, Georgia for Josh to begin chiropractic school. After four years of attending chiropractic college, Josh graduated and they moved to the great state of New Hampshire to open Newmarket Family Chiropractic where they are helping individuals and families be their best today. ﻿